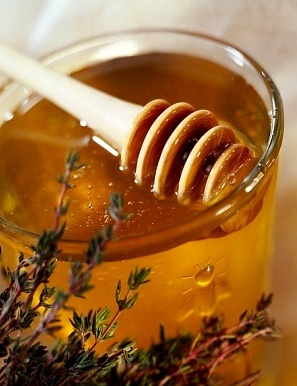 Manuka honey wound healing has become popular because honey has been used for long to treat wounds. This is because honey has natural enzymes that produce hydrogen peroxide. This hydrogen peroxide is the natural antibiotic and antiseptic. Honey has been used in the past to fight off the infection and its usage has been reducing with the use of penicillin. The usage of the honey in caring for the wound is now gaining the popularity again. The researcher are trying to understand how the honey can help fight off wound and other skin infections. However, some honeys are better than others to fight off the infection. When a skin get injury, the bacteria that are found on the skin will infect it and will penetrate into the wound site. For example one type of bacteria known as streptococcus pyogenes may prevent the wounds from healing. The honey especially the one made on the manuka flowers may destroy such bacteria.

If you are not sure of the use of honey, then you have to be aware that the science also back ups the use of the honey for the wound. Honey now is used as the antibiotic to treat bacterial which is resistant to the infections. The first honey based medicine has been authorized by FDA. Derma science use manuka honey wound healing and for burn dressing. The products can be found in the medical supply stores. You can also find the product in Canada, New Zealand, Australia and Great Britain.

Before you begin to use the honey for your treatment, you have to know that there is a difference between Manuka honey and raw honey. There is also honey which is highly processed and which is found in the grade A. The highly processed honey is full of fructose and it is likely to increase the infection instead of curing it. This is why it should never be used on wounds.

Ensure that honey you buy has high level of medicinal properties

The manuka honey wound healing is good since it is taken from the flowers found on the Manuka bush. Most of the clinical trials found out that honey can treat at least 250 bacteria including the resistant types. When honey is compared with other kinds of Honey, Manuka include the extra ingredients which can fight off microbes. The honey uses the hydrogen peroxide in the enzymatic process and this explains why it has generally the quality of an antiseptic. However, manuka is considered to be the superior honey.

The level of UMF also can be different form a batch to another. This is why you will find that every batch will be priced according to its rank. The honey which has a high level in the UMF will also be thicker, darker and it is expensive. To know the rating of the honey, a sample is put on the plate together with the bacterial culture. The place where the bacterial growth will stop will then be measured. If you would like to use honey to treat different wounds such as sunburn or mild burn, it is important to ensure that you are using raw honey or the honey which has manuka honey wound healing capacity.